Kapiti is hosting the event with the show being held in the Waikanae War Memorial Hall, 3-5 Pehi Kupa Street, Waikanae, which is to the east of the city centre, across the railway lines, first street to the left which will lead directly to the hall.

A "Top Table" will display all the winning blooms including the Champion Bloom of the Show and the Best Novice Blooms along with their trophies and a number of Honour's Blooms for those that just missed out on higher awards.  These will be the outstanding blooms of the show. 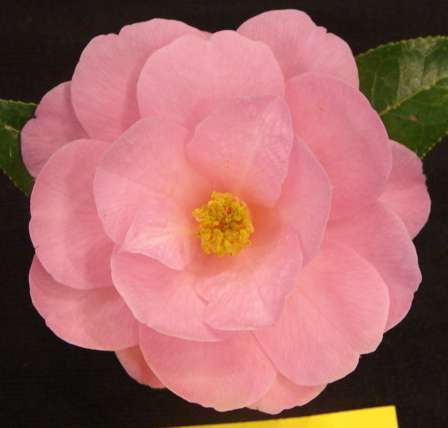 A Reticulata, Brian a previous winner

FRIDAY SETTING UP AND ENTERING BLOOMS

The hall will be set up during the morning and early afternoon.   You are invited to bring your blooms from your garden and enter them in the Novice Classes from 4.00 pm to 8.00 pm and on Saturday from 7.00 am until 8.30 am.   For single blooms, the classes will be in colours of White, Pink, and Red and also Variegated of any species. shape and size.    And there will be two classes for groups of three blooms of the same variety or three different varieties. Name your blooms if you can, but it is not a requirement to do so.   Assistance will be available to enter your blooms.  You may win a prize.

On a showery wet Saturday morning, all of the blooms were judged.   The two top blooms, the Champion Bloom of the Show and the Best Novice Bloom were selected.   Overall a total of 30 trophies were awarded for the excellence of the blooms in their classes.

The show opened at 12.30 pm and closed at 4.45 pm.   The blooms 982 were spectacular and presented a sea of colour in differing shapes, sizes and species in their different classes.

The blooms in all their glory

The "top table" displayed the Champion Bloom of the Show, the Best Novice Bloom, and those blooms who won their classes with outstanding blooms of different sizes, shapes and colours.   Overall a total of 30 trophies were awarded to those blooms.  For those blooms who did not quite make it to the top table they were awarded "Honour's Bloom Certificates" and they were all very deserving of that award.

CHAMPION BLOOM OF THE SHOW

Our gratulations go to Derek and Jenny for their outstanding results.

They also had significant successes at the 2018 National Show including winning the Champion Bloom of the Show with an outstanding  Hybrid, Jamie. The winning Trophy and certificate along with Spring Daze 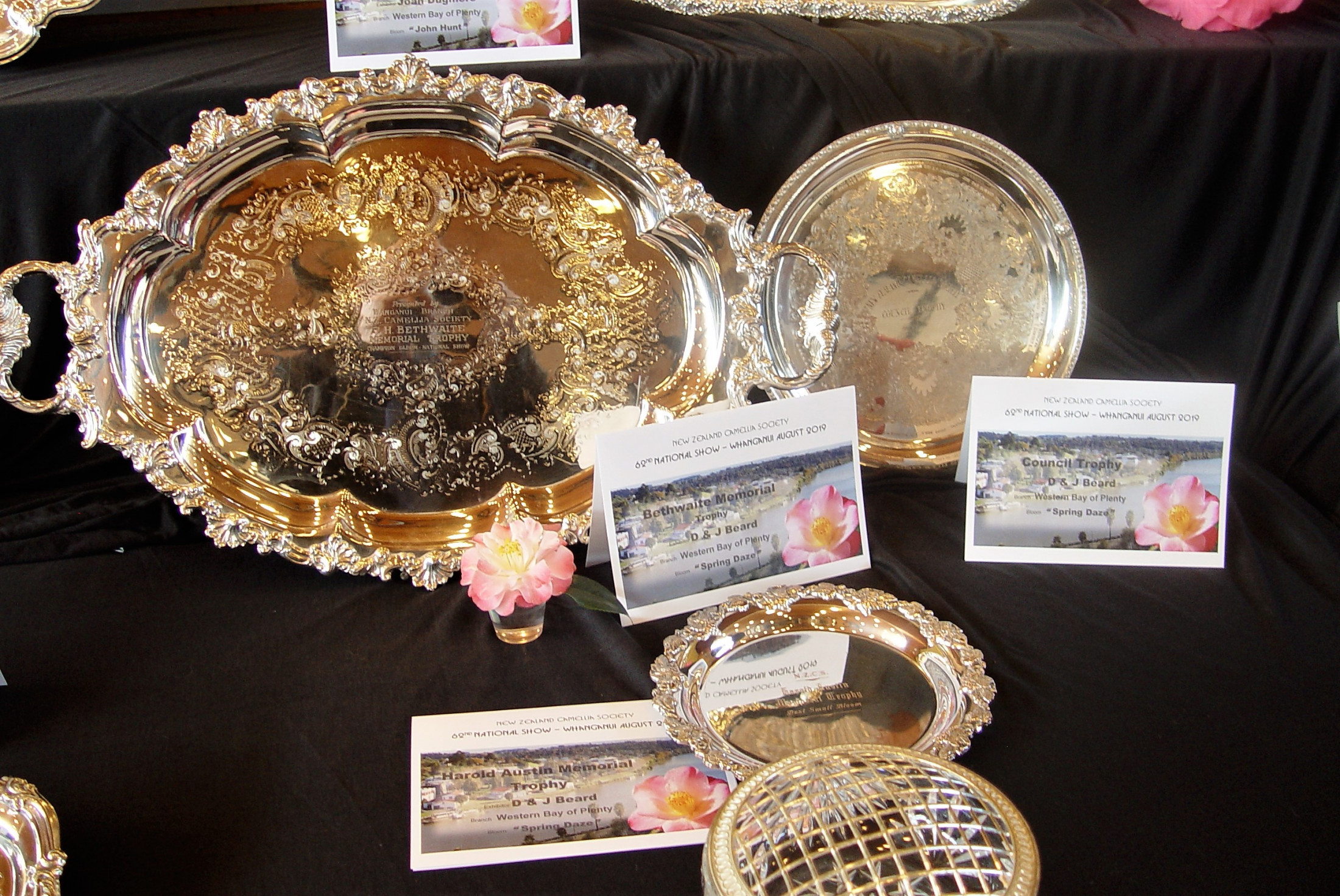 This was won by Margaret Monks from Kapiti with an outstanding Hybrid boom Sweet Emily Kate along with the Iris Gittings Trophy.    Our congratulations go to Magaret for achieving this outstanding result. The winning trophy and bloom 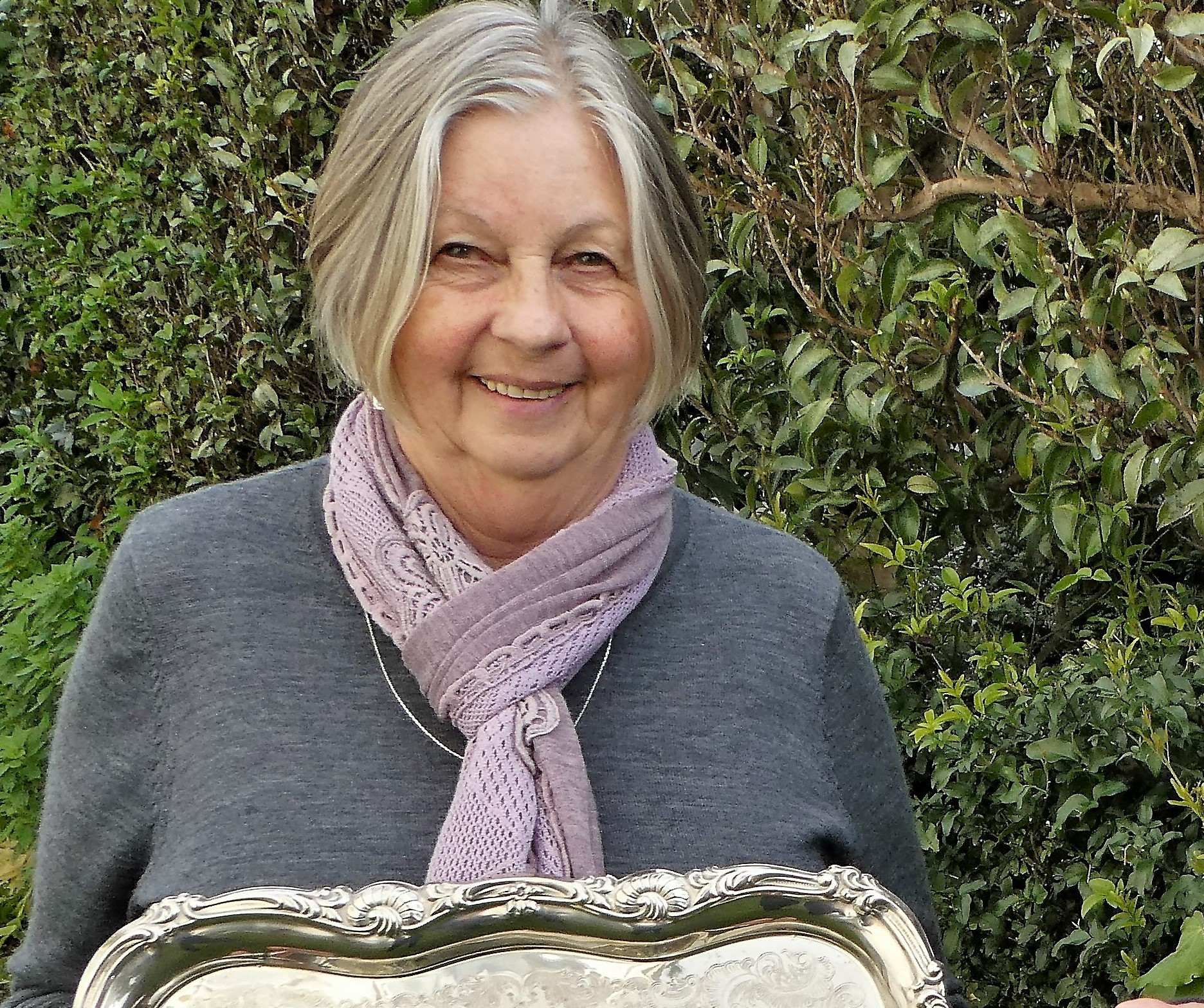 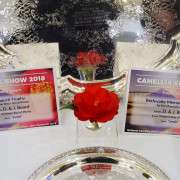